When I was in college, I majored in Finance with the School of Business.  Numbers are my other love, and I work as an accountant as my nine to five.  You can’t know finance without also learning about marketing and sales.  While of course that doesn’t make me an automatic expert, I like to think that it’s given me a little edge on understanding how to work the business side of being an author.  I’m actually using a lot of these practices for my upcoming trilogy, The Witch’s March.  So, next year once those results are in, I plan to share what worked and once didn’t.  Let’s get into those need-to-knows, shall we?

While it’s true that a series (or an author) with an active following has a bit more wiggle room for when they choose to publish, it’s an indisputable fact that the timing of when you publish will affect sales.  Yes, most readers have one or two (or three) genres that they like to stay within, but why not have your book published at the right time?  Like in the early summer months when they’re dreaming of their summer vacations?  Or if your audience is YA, giving them self-help non-fiction for when they realize they get back into the mind-set of school?  Or a self-help book when the new year is starting and they have resolutions to keep?  Or even a cook book they decide they need because they’re trying to be healthy again?

Please notice that there’s some wiggle room of when to publish.  Also, please note that if you’re doing a series, when to publish the sequel and so on should rely more heavily on when the first is published than the month.  Also, please recognize that in addition to some genres appearing in more than one month, some of these items/genres might overlap in reference to your book (e.g. Romantic Fantasy), so when in doubt, choose the stronger theme of your book – or which one  best fits with your timeline.  Below I have the list, including some successful books published during the window:

Fun little-known fact is that the holiday season is actually not the best time to publish.  Some recent numbers show that there was about $3.5B book sales made in summer when there was only about $2.5B for holiday gift giving.  With that said, don’t let trying to make all of this fit into your novel stop you from publishing at all.  The best way to publish is to publish at all. 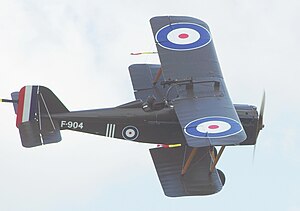 The Royal Aircraft Factory S.E.5 is arguably the best airplane of World War i.  It was a British biplane fighter aircraft that was first used in April 1917.   It was one of the fastest aircraft of the war, while still being both stable and relatively maneuverable.  Per Robert Jackson, it was “the nimble fighter that has since been described as the ‘Spitfire of World War One'”.

While some pilots were still initially disappointed with the S.E.5, they all quickly came to appreciate its strengths.  In June 1917, any failings were addressed with the S.E.5a entering service.

The S.E.5b is the fictional model that makes an appearance in The Witch’s March.  In the novel, this  airplane is the only Ally plane that was successfully fireproofed, in order to be better protected against dragons.  This fantasy-influenced model is an upgrade from the S.E.5.

Almost every novel’s top five main characters can be broken into these five categories: protagonist, antagonist, sidekick, mentor, and love interest. In a later blog, I will go into more specifics about each of these roles, but for now, I’m going to go over ten major questions to ask these characters in order to flesh them out and give your book quality characters to make the reader fully invested in their story. Some are simpler to answer than others, of course.  You might not think a name is anything more than just that, but I disagree.  I think this Japanese proverb says it best: Tigers die and leave their skins; people die and leave their names.  So without any further ado, here are the 10 questions to ask your main characters: 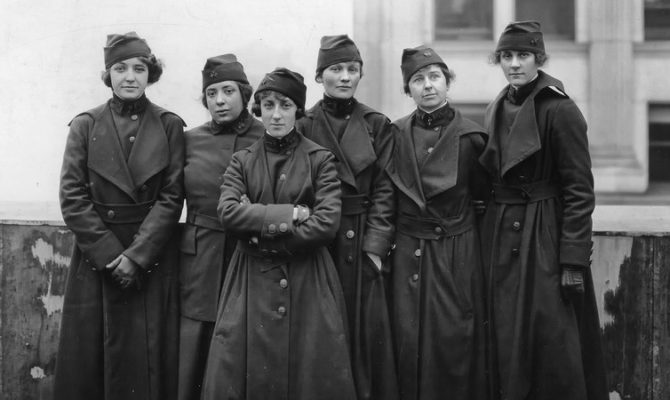 Before I forget, Happy Valentine’s Day everyone!

With no promise on frequency, each week’s Thursday Picture posts will occasionally be a fun history fact that I learned while writing my current work-in-progress novel, The Witch’s March.  This is the first of a YA Fantasy series that starts during World War I.  More will come out on the book later.  For now, your first fact:

The main character, Hattie Lange, temporarily poses as a Hello Girl.  “Hello Girls” was a colloquial name for American female switchboard operators in World War I.  The group was formally known as ‘Signal Corps Female Telephone Operators Unit’.  These switchboard operators were sworn into the U.S. Army Signal Corps.  The women left for Europe in March 1918 and were in many exchanges of the American Expeditionary Forces in France and Britain.  Despite the fact that they wore U.S. Army Uniforms and were subject to Army Regulations, they were not given honorable discharges, but were considered “civilians” employed by the military due to their gender.  It wasn’t until 1978 that Congress approved Veteran Status/Honorable discharges for the remaining “Hello Girls”.

Whenever a reader asks me why a character had to die, this will be my response #AuthorConfession #AmWriting https://t.co/DWUPchcgXv
h J R
JE_Brand

RT @brandedkristen: Welcome to Otherworld. Getting in is easy. Getting out... not so much. If you like urban fantasy, I've got a completed…
h J R