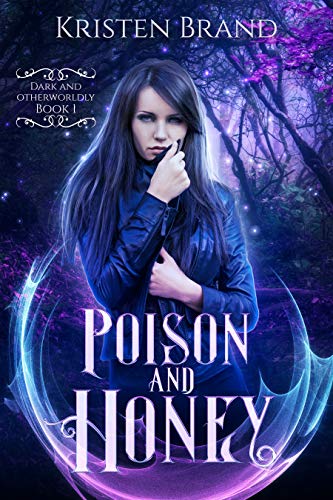 Keep your head down. Try not to get cursed. And whatever you do, stay away from the sly, handsome prince.

Ever since an unearthly monster abducted her sister, Leigh Morgan has known about magic. It’s why she’s in Otherworld now, posing as a servant in its dark, decadent palace. She’s gathering intelligence and working with a small band of allies to bring down the Others and free their human captives. Her mission depends on blending in, so the last thing she wants is to attract the attention of a cunning prince.

Dredarion Rath wants one thing: to disgrace his older brother and prove himself the worthier heir to the throne. And out of all the servants in the palace, he chooses Leigh to help him. Just her luck.

Now Leigh has to keep her work a secret from a bewitching man who sees right through her–and who’s not nearly as cold and inhuman as he seems. She can’t screw this up, or the humans forced into servitude will never go home. But juggling two conspiracies at once, it’s only a matter of time before it all comes crashing down, and the man she’s falling for has her executed for her betrayal…

Poison and Honey is an urban fantasy novella with a strong romantic subplot, perfect for fans of determined heroines, palace intrigue, and the fae. Download it today and venture into Otherworld—if you dare.

Review: The Otherworld pulls in the reader as quickly and efficiently as it captures humans in the story.  If the strange but magnificent descriptions of the strange Others somehow does not pull you in, the witty but glacial lead, Leigh Moran, will.  An ex-convict with no other purpose in life than to avenge her kidnapped sister, Leigh finds her perfectly laid out plans ruined when she captures the interest of the second-born prince to the Otherworld kingdom of Dwencanti, Dredarion Rath.  Their pull to one another is somewhere between magnetic and explosive, or rather inevitable and deadly.  Knowing her growing affections could never end well due to her mission to free all human slaves and destroy the portals between the worlds, Leigh’s struggles only get worse when Dredarion requests her as his new handmaiden.  The forbidden romance makes you want to buy “Team Leighdarion” shirts, with you screaming at the cheering for the characters to get together, but also terrified of the pain both characters will feel when the truth of Leigh’s loyalties come to light.

To me, minor characters help create needed depth to stories, and the author does not disappoint.  There is Garrett Cohen, a tattoo-covered gay sniper and Leigh’s closest friend.  Zoe, a Black teenager with the innocence about her that manages to pull out Leigh’s protectiveness with her innocence.  And of course Rabsumorai Rath, better known as Prince Rab, the heir to Dwencanti throne and a happy, playful prince as his brother’s polar opposite.

Poison and Honey is a fantastic urban fantasy novella with diverse and dynamic characters that brings you into a beautifully lethally crafted world filled that leave you desperate to read more.

*Please note that the link provided is an Amazon Associate link that will give J.E. Brand sales commission without taking away any profit from the author.