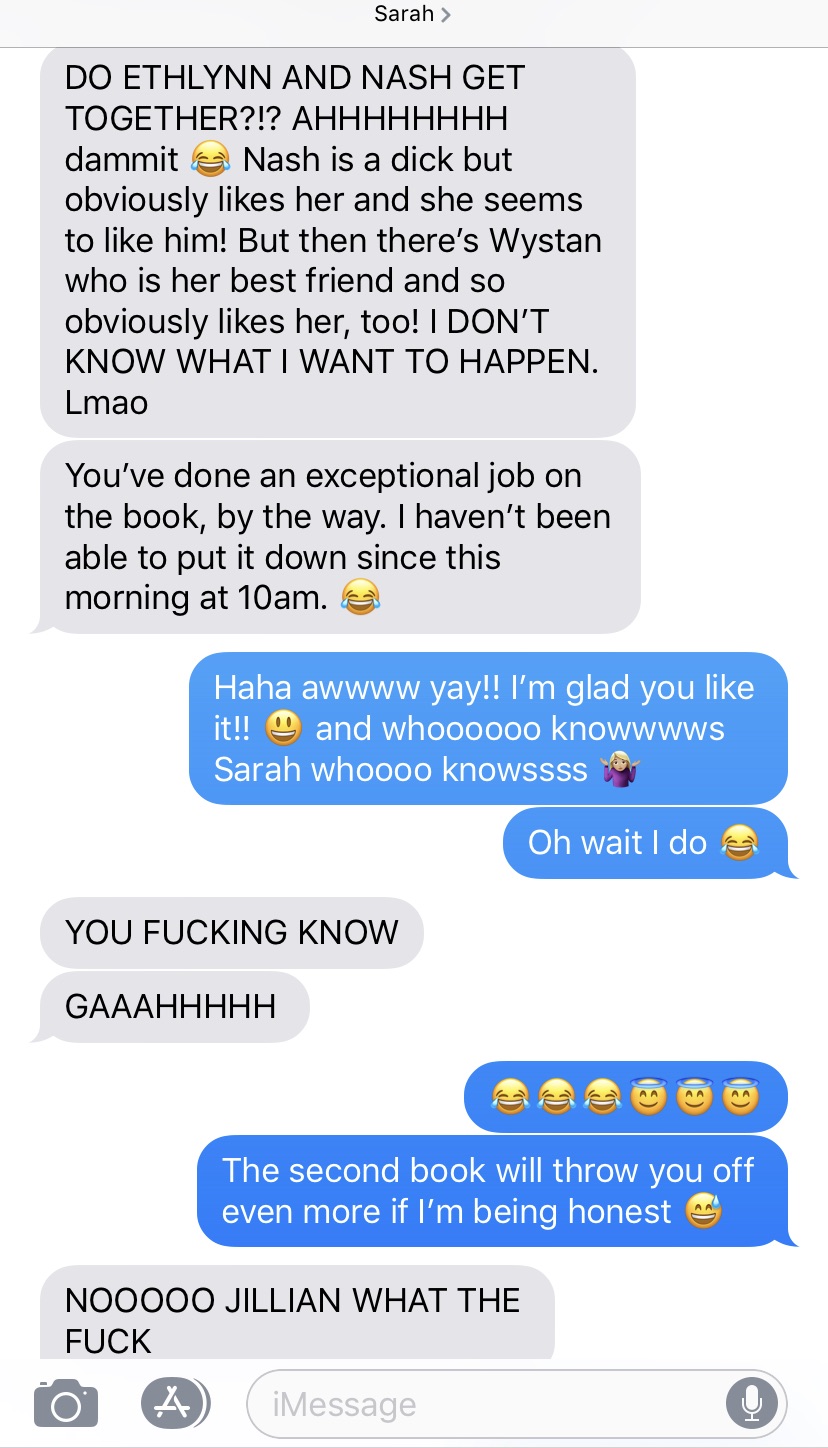 The hilarious screenshot you see above is from my Sarah in regards to The Freedom Game.

First I’d like to say please excuse my friend’s lovely vocabulary.  She has a wonderfully colorful mouth and the drastic inability to sugarcoat.  That second fact is what made me so beyond nervous when she originally purchased my novel.  If she didn’t like it, she wasn’t going to be able to sugarcoat it.  I would know.  While that is of course valuable to hear back honest feedback, it had me wriggling nervous since I had dedicated so much to this book.

Instead of her attempting but failing to not hurt my feelings and not enjoying then novel, however, I received texts like this.  Not only this, but I received a long snapchat video of her reading around the climax.  The video consisted of her yelling at me for what certain characters had done, and her desire to need to know what happens paired with the fear to read on in case it’s not the ending she wants to happen.  Her cheeks got red, her voice got loud – and she was midshift at her job without a care of the people staring at her.  That right there honestly made me tear up like a wimp.

But honestly, what more could an author want?  Than someone that into your story and that invested in your characters and what happens to them?  She felt betrayed by characters when they did not-so-great things, and then sounded like a proud mother when they did something shockingly heroic.

No matter if sales aren’t where you want them and marketing is more expensive than you’d like, experiences like these are what make writing so much more than worth it.