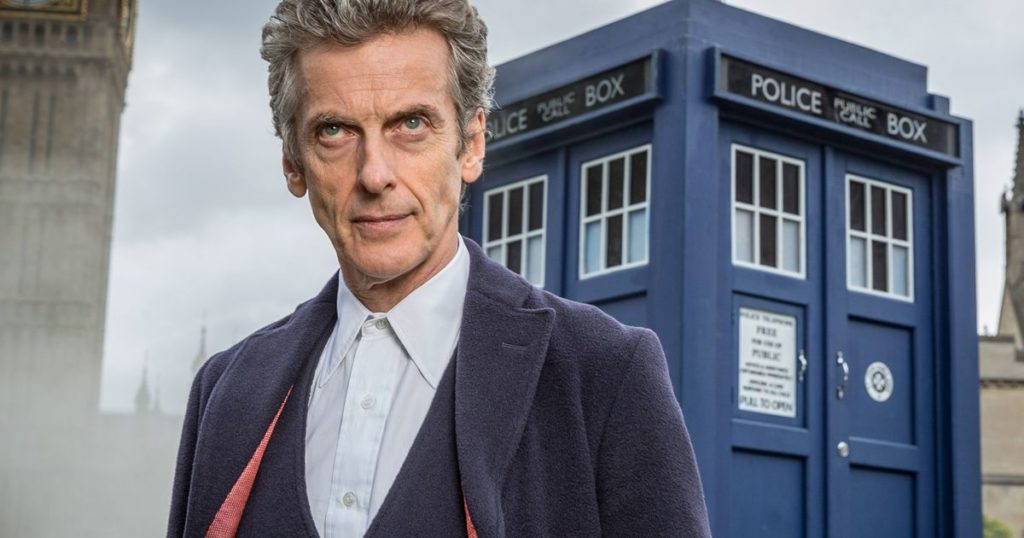 Question: What could be better than a bunch of nerds getting together and celebrating everything that makes them nerdy?  Answer: Nothing!  Don’t fight me on this, okay?  This year SuperCon has Peter Capaldi (The Twelve Doctor), John Barrowman (In Doctor Who, Legends of Tomorrow, and Arrow), and Karen Gillan (In Guardians of the Galaxy and Doctor Who)!  If you’re asking if I’m going to be dressing up, the answer is a big, fat HELL YES.  Pictures will be posted next Thursday, but I’ll be going as the (cute girlie version of the) Flash!  Stay tuned for more awesomeness.

Oh yes… the subject everyone deals with but nobody likes to talk about.  As I’ve said before, short stories come to my aid when I’m in need of some kind of self-accomplishment.  While that in itself is a beautiful thing (and one that I love doing) it also comes in tow with more rejection.  I have received one rejection every two weeks or less since October.  Still, to say I’ve gone numb to the feeling would be a lie.

I often still find myself falling into the dark pit of depression.  In all fairness, who wouldn’t?  No matter how many times a loved one tells you your work is good, it still doesn’t hold the same value to a stranger saying the same.  I’m not saying my support system is fruitless; in fact, they’re the only reason I haven’t given up.  With that said, someone at least putting me on the waiting list would be a nice pat on the back.  It’s so hard right now to find the motivation to write anything, because what good is a book if it’s not being read?

On happier news, I just finished my YA Fantasy novel, The Freedom Game, and am beginning to send out my query letters to agents.  I know there will be countless bullets to my heart before I hear a happy response, and that’s assuming I hear one at all.  …If you’re an agent into YA Fantasy, feel free to email me 😉

I started this book on January 1, 2017, so you can indeed say I’ve spent a lot of time on its betterment.  I have to admit, though, part of the reason is because, well, I just wouldn’t write.  It’s hard to find the motivation when you’re not reaping any rewards.  It seems like it’s you against the world, and the inner desire to write is beaten down by all the little things.

Still, my book’s become so near and dear to my heart that I’ve decided no matter how many battles lie ahead, I will publish it.  Self-publishing is a beautiful thing, and with my degree in finance I think I could do it decently well.  After all ‘self’ means the only approval I need is my own, and thus no one is poking a stick at my head telling me ‘You’re not good enough.’

Now, I’m no fool.  I know I’m not the only writer who goes through this kind of pain.  So, below I put a list of what I personally do to try to claw my way out of the pit. 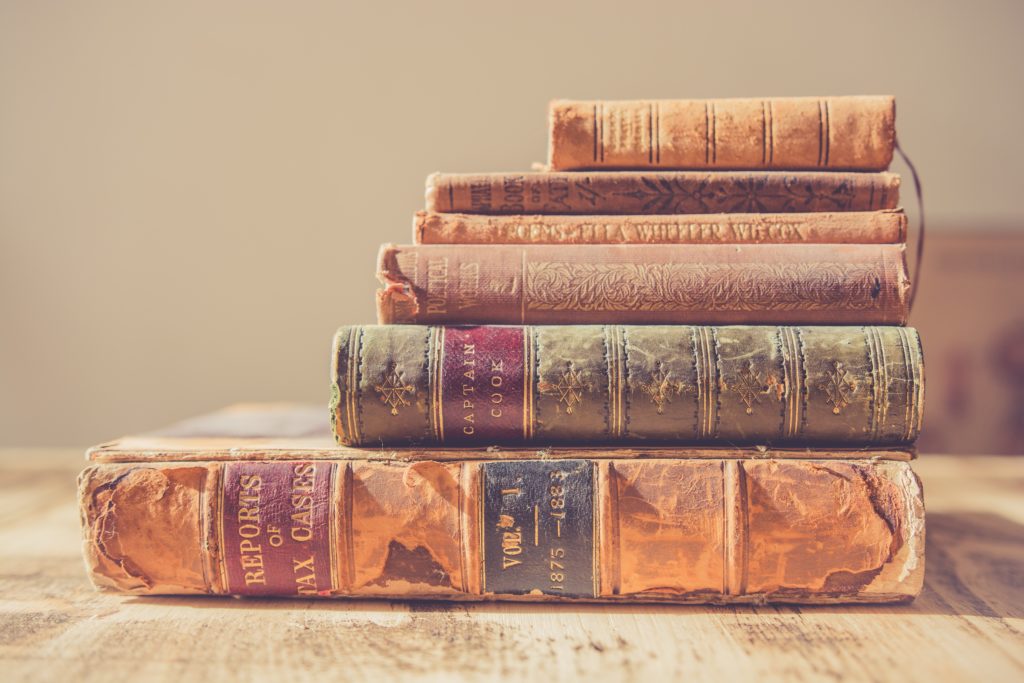 I’d very much like to start reviewing books, if you have any that you’ve written/published or would suggest as a good read!  I’m partial to fantasy and science fiction, although don’t mind branching out on occasion.  I also want to give priority to newer authors, as a review does much more for them than the bigger names.  If you have a book in mind, please comment on this post or email me to discuss!  I would post my review here on my website, on Amazon, and Goodreads.

I’d be a fool if I didn’t think my readers ever tired of my voice.  Ask any of my friends and they might say they don’t recognize me with my mouth closed – although ironically they’d equally be as keen to tell you I’m a fantastic listener.  Now, with all that said, I know you’re here looking to expand your writing knowledge.  I gave you a deviance from the norm last week with my sister answering some questions, and now I’d like to do so again.

To say I write my books without any help would be a damn lie.  Firstly, I love the works of K.M. Weiland.  Although I know her to write fiction, I was introduced to her via the Structuring Your Novel Workbook: Hands-On Help for Building Strong and Successful Stories (Link here or below).  You’ll notice the link is to the paperback, when normally I’m so fond of eBooks.  Although from my link you can easily press the eBook, I would suggest the hard copy.  Weiland was very smart about this book, and inserted space for you to write your ideas onto the book itself.  This way it’s easier to collect your thoughts.  To give you an idea how helpful this book is, when I finished my first novel last year it was at just over 25,500 words – and that’s with an outline before.  I had to go back through several drafts to flesh out the characters and plot.  I’ve used her book as a guide for my plot for my current novel.  My first draft was over double at over 50,000 words!  Not only that, but I could see the rise in quality.  All of my beta readers commented on how progressed this one was to my last novel.  I owe that to Weiland.

Another suggestion I have is The Emotional Thesaurus: A Writer’s Guide to Character Expression (Link here or below) by Angela Ackerman and Becca Puglisi.  As authors, we often find ourselves repeating the same phrases for different emotions, whether it be quivering lips or a tightened stance.  (Please, for the sake of your readers, avoid the clichés of a single tear and other nuisances.)  This book provides both internal and external sensations, as well as suppressed and acute!  Even when rejected, I’ve found literary magazines have complimented my emotional descriptions since I’ve began utilizing this book!

If you’ve decided the self-publishing route, I have to suggest Successful Self-Publishing: How to Self-Publish and Market Your Book (Link here or below) by Joanna Penn.  I’d like to stress that this book is permanently and completely free.  It’s an easy read, but has numerous helpful tips that I look forward to using!  Although I haven’t personally read any more of her books, I’d suggest looking into them!  She also has a podcast that can be found here.  Also, look for “How to Write a Mystery With Rebecca Cantrell and J.F. Penn” where she gives me a shout-out!

Don’t be a hermit stuck in your little writing nest.  Authors have already made the mistakes you’re currently making, and a few like the ones above have taken the extra step to publish a book to help aspiring authors.  Take advantage!

Book Description: Rescued from the gallows in 1850s London, young orphan (and thief) Mary Quinn is surprised to be offered a singular education, instruction in fine manners — and an unusual vocation. Miss Scrimshaw’s Academy for Girls is a cover for an all-female investigative unit called The Agency, and at seventeen, Mary is about to put her training to the test. Assuming the guise of a lady’s companion, she must infiltrate a rich merchant’s home in hopes of tracing his missing cargo ships. But the household is full of dangerous deceptions, and there is no one to trust — or is there? Packed with action and suspense, banter and romance, and evoking the gritty backstreets of Victorian London, this breezy mystery debuts a daring young detective who lives by her wits while uncovering secrets — including those of her own past.

Review: The first point about this story that I enjoyed was uniqueness of Y.S. Lee’s approach to the mid-1800s.  She doesn’t focus on all the aspects that most authors tend to romanticize.  Her protagonist, Mary Quinn, is an orphan of Asian immigrant – who were a very mistreated minority at the time.  The Agency itself is a stab at the sexism in that period, as it uses the fact that people underestimated women to their advantage.  It also includes a romantic aspect, although that’s by no means the main point of the story being told.  I approve of her love interest, as he’s not threatened by Mary’s strength – although perhaps surprised.  The bantering between the two makes for some humorous moments.  There’s also very good attention to historical detail that made me extremely interested in that time period.  Lee brilliantly uses every part of that era to the benefit of the story.

Although there are some moments where Mary messes up, she follows into the stereotype of a protagonist following almost too naturally into role of investigator.  There is suspense in finding out who committed the crime, but I never felt worried for any of the main characters’ safety.  This hurt the attempted tension in some of the major scenes.  With that said, Mary is still presented as a very sympathetic character who I’ve personally grown to care for.

Overall, it’s an interesting plot with a likeable protagonist in a brilliant time period.  The fact the main character is of Asian heritage makes me so excited because that is so underrepresented in Victorian Era literature.  I’ve already bought the second (and third…) and would strongly recommend this to be put on anyone’s to-read list!

If the picture below doesn’t work, press here!

What are your reading preferences? This or that? I would call this a fun little quiz but “fun” and “quiz” don’t re… https://t.co/sfvhbNqglH
h J R